In the early 1970’s, the first fully electronic balances were being designed and brought to market, it was a breakthrough and welcomed as users had faster results and ease of operation. This did pose a problem with many field technicians who truly were masters with the mechanical style balances. What are we going to do when these new electronic units fail? How are we going to get the years of training needed to understand electronic circuits?

One of these ‘masters’ left the employment of Mettler and in 1974 formed Quality Control Services, operating out of Portland, Oregon servicing the Pacific Northwest Region. When the aforementioned electronic balances started to have failures, the owner turned to a young electronic engineer and neighbor for help. Working out of his homes basement the world of weights & measures was opened. Word soon spread to other independent calibration companies around the country; there was an alternative to factory repair.

That young engineer, and future founder of IES Corporation, was Doug Morse. Since the opening of IES in 1981, his vision was to give expert advice and repair solutions for these new 'electronic' weighing instruments. The staff at IES, all degreed electronic technicians, helped support his vision with what we feel is the best service in the country.

Toward the end of 2009, we lost our mentor and friend. It was fitting that what Doug had built was brought under the umbrella of Quality Control Services, where it all began. I had the pleasure to work with Doug for 20 years, it’s an honor to carry his legacy forward. 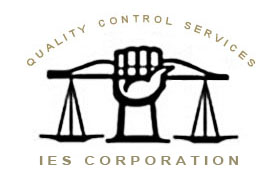 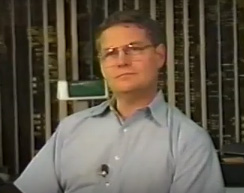